Franklin D. Roosevelt contracted polio at the age of forty but this did not put an end to his political career. He subsequently became President of the United States of America.

The yellow background symbolises his cheerful and humorous nature.

The flame symbolises his burning desire to achieve his goal. It is also a torch of liberty. 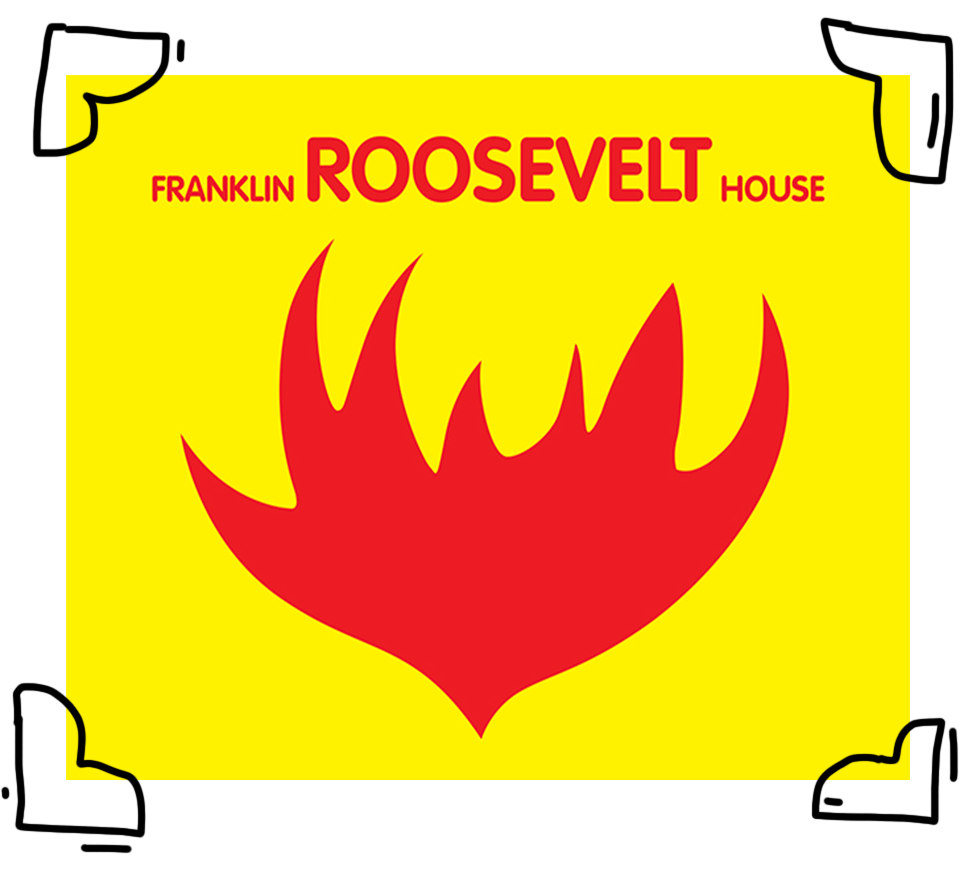